Superpower Yourself for a Joyous Life 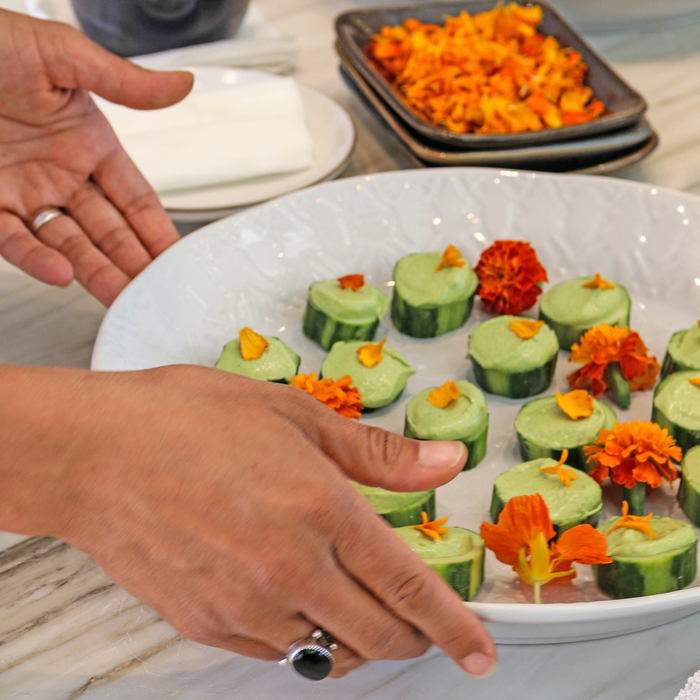 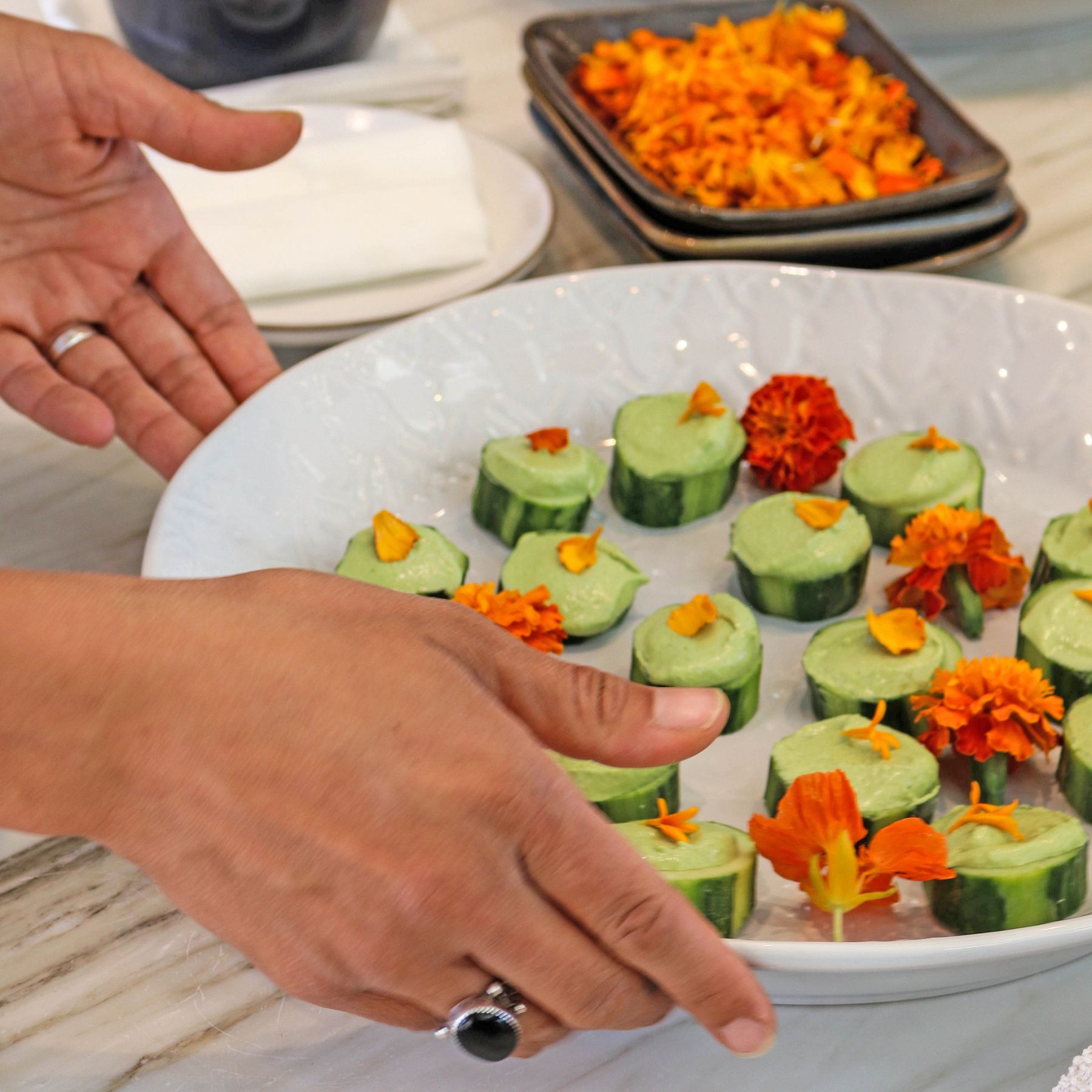 Superpower Yourself for a Joyous Life

Our magnificent planet, Earth. Her lush meadows bursting with red, yellow and purple wildflowers, her verdant hills glistening like emeralds against the bluest sky, her dense forests with air so fresh and clear, and her awe-inspiring oceans, home to our most magnificent creatures.

Yet the splendors of our Earth are in peril. Pollution toxifies our oceans, our forests are slashed and burned, our soil is being sucked barren and dry, while our atmosphere is warming. Increasing greenhouse gas emissions resulting from our dependence on fossil fuels in agriculture, heating, manufacturing, transportation, electricity generation, etc. are responsible for what many of us recognize as the threat of climate change.

While we wait anxiously for our policymakers to try to halt and reverse this changing climate, we try to do our own part to help our planet by turning out our lights, toting reusable bags, and taking shorter showers. Yet there is a well-kept secret about how to make the most profound and immediate impact on climate change.

The secret is shockingly simple: it’s the food!

Raising animals for humans to eat is destroying our land, our forests, our waters, and our air. Animal agriculture alone creates the most climate-harming emissions, surpassing even the combined emissions of all cars, planes, trucks, buses, and trains. The meat industry (Cargill, Tyson, JBS) now produces more greenhouse emissions than the fossil fuel industry (Exxon, Shell, BP). A whopping 51% of our nation’s heat-trapping emissions come from animal agriculture, including all processes from the gestation and birth of a food animal to its slaughter, processing, and packaging as meat and dairy products.

It’s difficult to understand why this is all a big secret when it should frequently be major headline news. Scientists inform us about how our food causes planet damage, but most of us get our information about food from ads and articles in magazines, newspapers, television, and radio, and much of that information is created and distributed by food companies. To complicate the problem, food industries fund politicians’ campaigns, and then, once elected, urge them to abolish or weaken environmental protections. Food companies use their money and influence to protect their reputations and hide their climate-damaging actions.

A long time ago, the well-known greenhouse gases (carbon dioxide, methane, and nitrous oxide) were quietly doing their job, which is to maintain a temperature range in which Earth’s inhabitants can survive.

But then, around the middle of the twentieth century, farm animals were taken off farms and put into factory farms, which are huge warehouses and mud lots holding thousands of severely confined animals. Farm animals became farmed animals. Each year, 11 billion animals are now crammed into thousands of factory farms, mass producing greenhouse gases. These gases are called greenhouse gases because they act like the glass ceiling of a greenhouse to keep heat from escaping. Carbon dioxide is exhaled by farmed animals. Methane is created as cows eat, burp, flatulate, and defecate. Nitrous oxide, the most destructive greenhouse gas, comes from the production and use of chemical fertilizers and the billions of tons of animal manure from factory-farmed animals. The drastic rise in the amount of greenhouse gases produced have altered the balance of the natural gas-regulating system, causing it to go out of whack.

In addition to warming the planet, the dramatic increase in greenhouse gases from farming animals has caused a domino effect of planet destruction:

Believe in the power of one. If you ate plant-based foods for one month, you would reduce over 600 pounds of harmful carbon emissions, save over 900 square feet of rainforest, conserve 300,000 gallons of fresh water, and spare the lives of 30 animals. Switching to a plant-based diet, you will single-handedly contribute to cleansing our waters, clearing our air, renourishing our soils, restoring our forests, and rewilding our oceans. If most people committed to a plant-based diet, billions of football fields worth of land could be returned to forests, allowing trees to reclaim their air-cleansing abilities to reduce greenhouse gas emissions.

Ocean life would rewild and flourish. Climate crises will subside, sea levels will stabilize, and we will be healthier, saving trillions of dollars in health care. If we don’t take individual action now, life on Earth will become less sustainable. Food and water will become scarce As temperatures rise, we will suffer more frequent and more severe heat waves, droughts, storms, flooding, mudslides, and wildfires. To sustain life, animal agriculture, the leading cause of climate change, must cease. All other plans to reverse the effects of climate change will fail if they don't include the cessation of eating animals. The more people who join the move to stop animal agriculture, the more we reduce climate destruction.

As you make a plan to actively take responsibility in stopping our planet’s destruction, educate yourself. It is important to make the effort to inform yourself of what is truly causing climate change. Read the news. Watch the documentary films Eating Ourselves to Extinction, Seaspiracy, Cowspiracy, Forks Over Knives, and The Game Changers. Read the books Comfortably Unaware and Food is Climate. Go to the website climatehealers.org and find a wealth of information including inspiring speeches, book, and movie recommendations, and lists of activist groups focused on climate change.

Whenever you eat, the food you choose either contributes to or diminishes your health and the planet’s well-being. A whole-food, plant-based diet provides all the nutrients you need – including vitamins, minerals, protein, and calories -- to boost your immune system and maintain excellent health. It’s the best health insurance for yourself and for our Earth. It is also a lifestyle of compassion and integrity. One person can indeed make a difference. The difference will be noted first in your health, and, after several months, you will have saved the lives of many chickens, pigs, and cows who would have suffered immensely otherwise. Over time, you will have made a significant impact on the health of our planet’s land, air, and waters. In the words of Phillip Wollen, “Being vegan might not be the only path to happiness, but I can assure you, it’s the shortest, the most fulfilling, and one that is certainly, beyond a shadow of a doubt, the most authentic and…most easily defendable. And there is tremendous serenity and joy in that.”

I remember when I became vegan, I felt tremendous elation and freedom in knowing that I wasn’t contributing to animal cruelty in this world. And that feeling is always there; it ignites daily joy. Imagine the added joy of simply eating foods harvested from the ground. You can look at the sky, the water, the land, and take pride in knowing that you are doing SO much more than turning off lights: you are actively saving our planet, becoming a caretaker of our planet instead of a pillager. Be a joyful catalyst.

There is enough for all.

The earth is a generous mother;
she will provide plentiful abundance
food for all her children
if they will but cultivate her soil
in justice and in peace.

Jeannie is the author of Eat Like You Give a Damn: For the Animals, For Your Health, For Our Planet and Dietology 101: Be Slim, Be Full, Be Well and is a contributing author for VegWorld magazine.

As a foster for Silver Lake Animal Rescue League for over 20 years, Jeannie’s final rescue was her cat Charlie, who lives happily ever after with Jeannie, husband Gary, and dog brother Babaloo on Anna Maria Island in Florida.