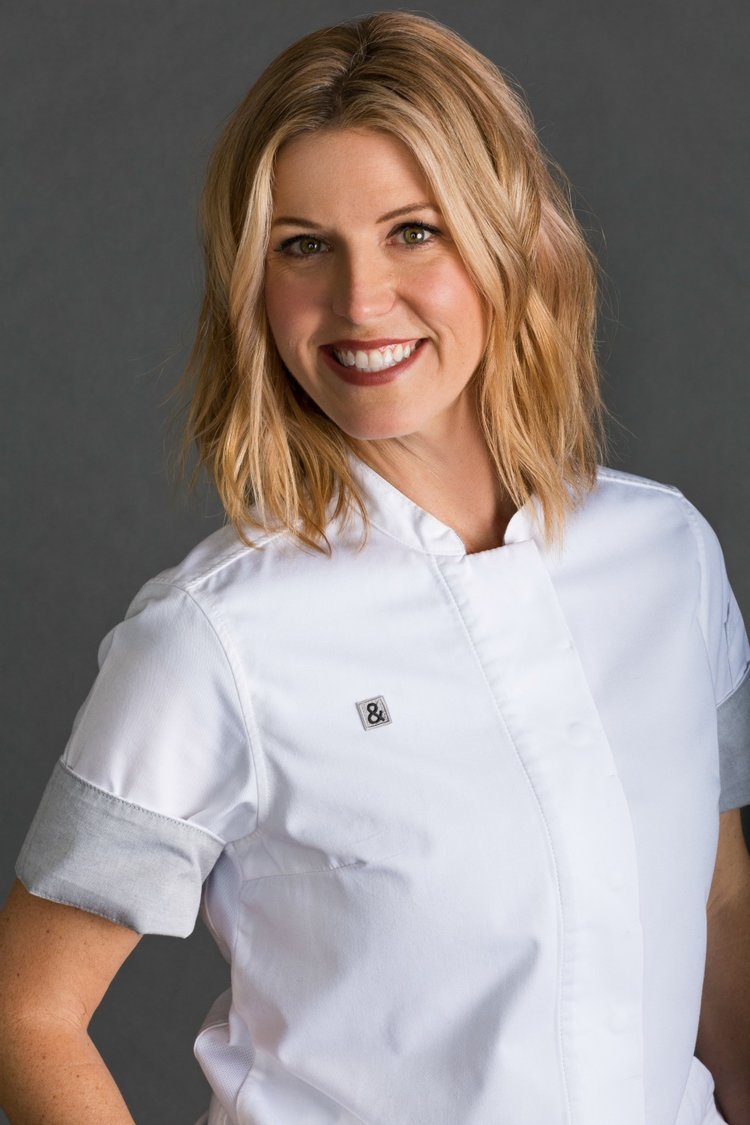 Chef Casey Thompson, a native Texan, spearheads a number of culinary endeavors: three-time Bravo “Top Chef” competitor, culinary consultant for California wineries, international wine ambassador, food-centric world traveler, and, of course, chef, for upcoming concepts in the Southwest and on the West Coast. Her culinary personality fosters the union of Southern cuisine and hospitality with market-fresh ingredients. “I believe in big, bold, adventurous flavors rather than subtle or nuanced tones,” she says. “I want people to have fun while they’re eating,” says Thompson.

Born and raised in Texas, Thompson’s lifelong affinity for food sparked at a young age in her family’s kitchen, where she experimented with different recipes alongside her grandmothers, learning and creating within their distinct Southern and French culinary perspectives. Mansion on Turtle Creek, a Dallas mainstay then led by renowned chef Dean Fearing, provided Thompson’s foray into the industry as a prep cook, and saw her excel through the ranks for four years to earn the sous chef position. She then signed on as executive chef for Shinsei, a Pan-Asian restaurant in Dallas from Dean Fearing’s wife, Lynae, and veteran restaurateur Tracy Rathbun.

In 2007, Bravo network approached Thompson to appear on “Top Chef” season three, which she finished as runner-up and fan favorite. She came back to the hit show for its eighth season, “Top Chef: All-Stars,” and graces the show again for season 14, filmed in Charleston, SC. “Before Top Chef, I never thought of myself as competitive,” she explains. “It revealed my capabilities, taught me how to handle pressure and work with others, and introduced a flood of new inspirations.”

With her first experience on “Top Chef” complete, Thompson moved to Northern California in 2008, consulting with numerous wineries to pair their varietals with locally sourced dishes, and jetting off to places like Australia and Thailand to garner insight and inspiration from disparate cultures and cuisines.

She went on to launch Brownstone restaurant in Ft. Worth, TX in 2010, become the U.S. Ambassador for Moët-Hennessy’s Terrazas de los Andes Argentinian wine, and partner in San Francisco’s Aveline restaurant in

2014, while consulting for other culinary concepts in the Bay Area and beyond. The chef now joins San Diego’s The Inn at Rancho Santa Fe as executive chef, presenting a contemporary locavore menu with Texan influences, and extends her culinary expertise to Santa Fe, NM at the upcoming boutique El Rey Inn.

With culinary projects sprinkled across the country, Thompson roots herself in California’s Napa Valley, where her husband, Michael DeSantis, operates Harumph Wines. The couple resides with their 90-pound Labradoodle, Sam, and enjoys the outdoors and travelling abroad.